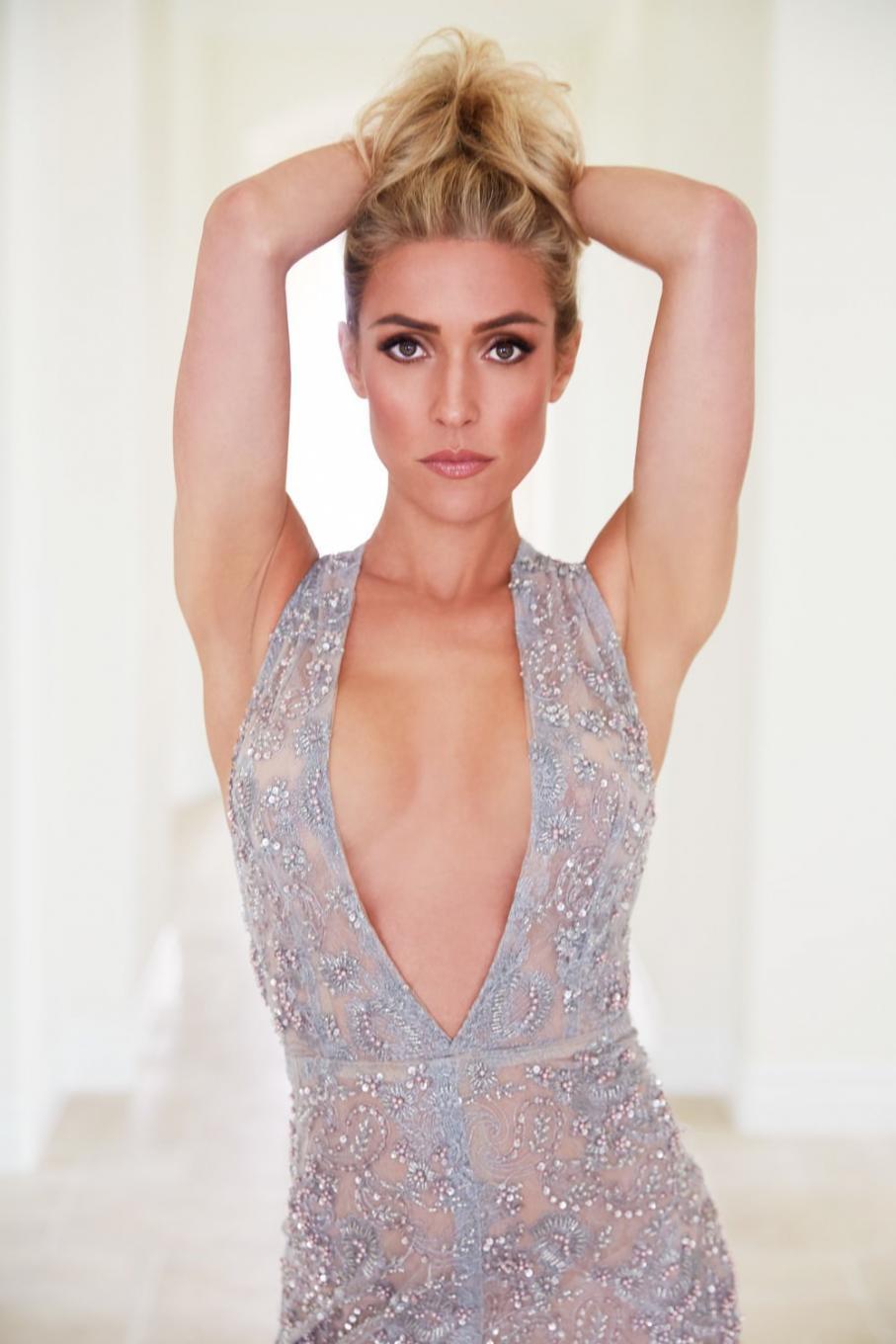 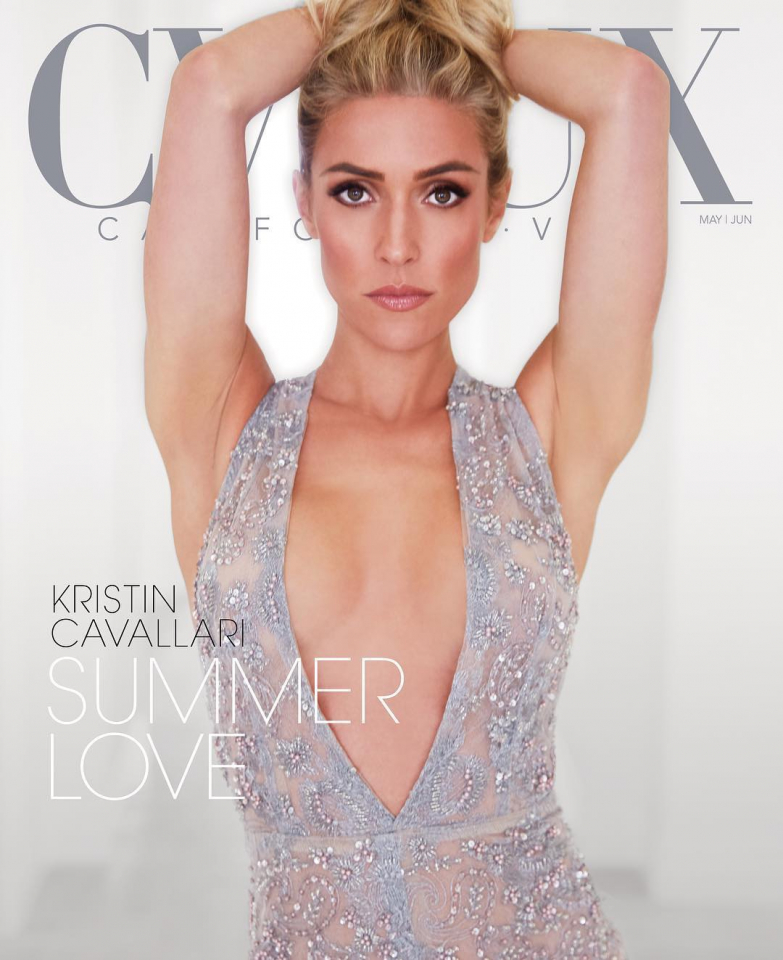 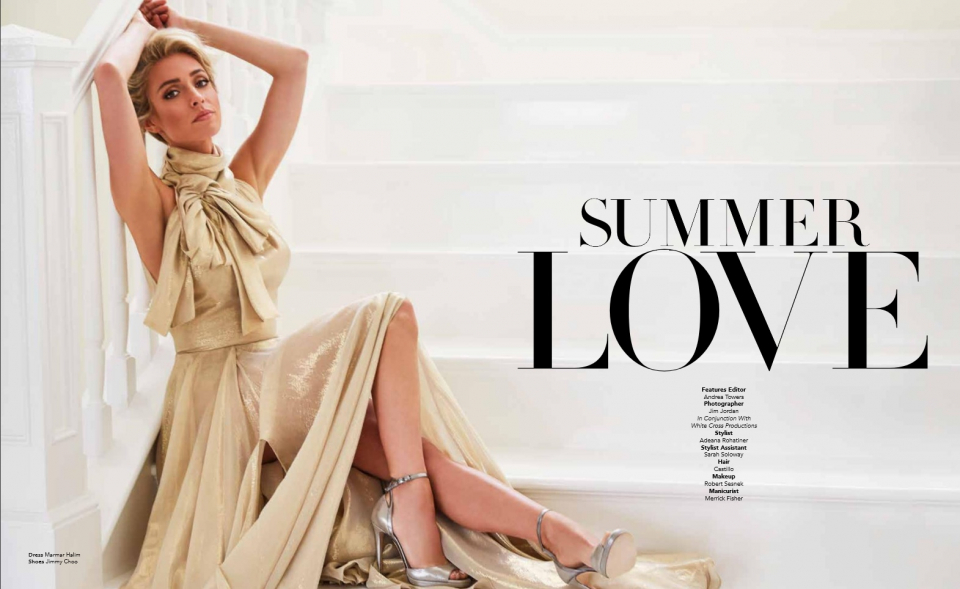 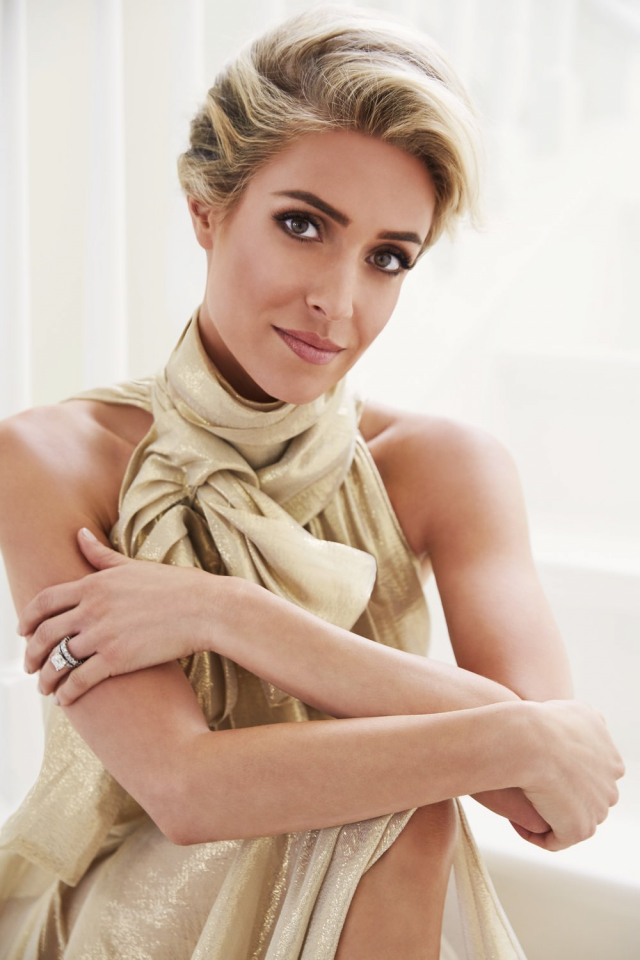 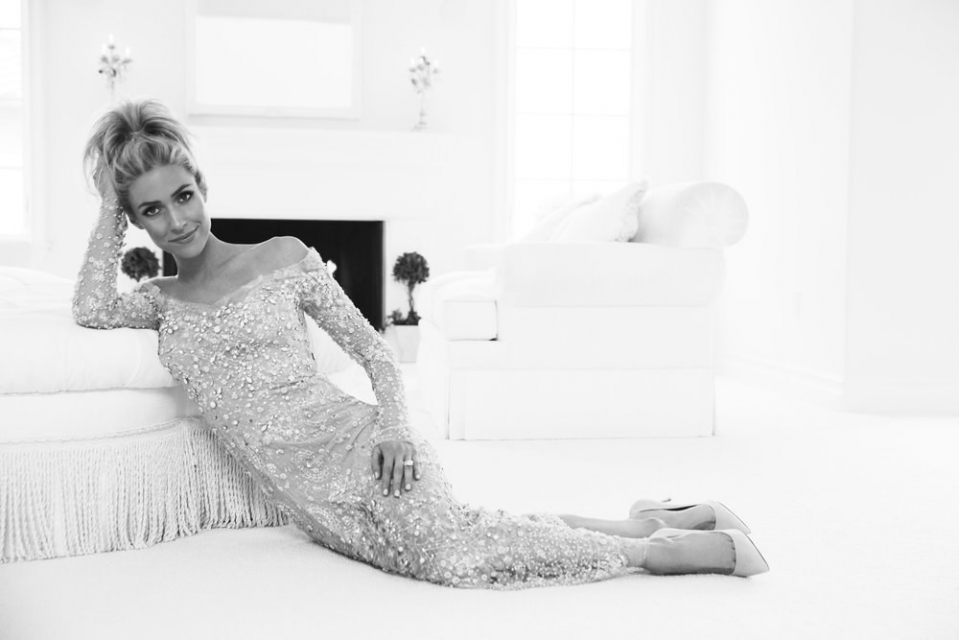 In preparation for our phone interview, I spent some time looking over everything Cavallari has done in the past few years, which turned out to be everything from competing on Dancing with the Stars, to guest starring in television shows and small films, to charity work involving PETA and HIV/AIDS. When I bring up her go-getter personality, though, she’s quick to point out that it’s not a one-woman show. “The fact that Jay is home all day, every day right now … he’s the reason I’m able to do half of what I do,” she says, referencing her husband of two years, Miami Dolphins quarterback, Jay Cutler. Make no mistake—the hard-working mom of three loves her work, but her real passion is her family. “Five o’clock comes and every night we’re eating dinner as a family—that’s the most important thing to me,” she says. “It’s important for me to wake up in the morning and make the boys’ breakfast, pack their lunches … I make sure that certain family things are a priority. Everything else is secondary.”

Looking back on Cavallari’s life, this state of mind isn’t surprising. While most of America still recognizes her as the perky teenager from the MTV reality show Laguna Beach: The Real Orange County, and later The Hills, Cavallari wasn’t born into a life of glamor and glitz. “I lived in a suburb of Chicago throughout my entire junior high years and my mom lived here,” explains Cavallari, who settled in both Los Angeles and Chicago before finding a home in Nashville with Cutler. “Moving back to Chicago wasn’t a shock for me because I had experienced it before. But I do think, because of living in L.A. and Southern California for so long, it was still an adjustment.” What kind of adjustment? “I remember I had no clothes!” Cavallari laughs. “No winter jackets … I had to buy this stuff. But to be honest, I prefer having my kids grow up in a place that has four seasons. Snow days for me were part of my childhood, and I love that my kids are experiencing that. It’s just a different way of growing up.”

At the very least, it’s different from how Cavallari grew up. After moving to California to attend Laguna Beach High School, fame came calling in 2004. She would spend three years of her life being documented alongside the lives of her friends, and then another six as part of a spin-off series from Laguna Beach castmate Lauren Conrad— but don’t expect someone who grew up in the spotlight to share that same glimpse behind the curtain. “It’s funny, because yeah, I was on reality TV, but I’m actually a very private person when it comes to my family,” Cavallari says. “But I do realize that’s what people really resonate with and that’s what they connect to, so I try to find a happy medium and a happy balance.” Still, there’s a line, and that line isn’t a surprise. “People ask me all the time why I don’t show my kids’ faces, but they didn’t sign up for this world,” says Cavallari. “I did. And I want them to choose if that’s a life and world that they want to be in. I don’t want to rob them of that decision.”

Does she wish that social media existed in the days of Laguna Beach, for her own sake? Well, that’s a different matter entirely. “It’s interesting, because people will comment with things like, ‘oh you’ve grown up a lot.’ Yes, I have grown up a lot, but also this has always been who I am,” says Cavallari. “And in the same breath, yes, of course I’ve matured quite a bit since I was 18, 19, 20, but the core of me has always been the same.”

Fast-forward to 2018, and the girl who was once known for being part of Lauren Conrad’s “love triangle” is, in every sense of the word, satisfied. She’s happily married, and her wedding day is one that’s still fresh in her mind. “Not to sound cheesy, but literally the entire day was so perfect,” she shares. “Our reception was so fun. We had about 120 people and it was truly our closest friends and family; it felt intimate to us. We really focused on three things to make it perfect in our eyes, so that was really good food, great booze, and really good music. We had a five-person motown band and every single person was on the floor.” She credits her relationship right now as “the closest we’ve ever been,” explaining, “we know each other so well and we’re so incredibly comfortable with one another. And I would take our relationship now over what it was in the beginning.”

Aside from her children, Cavallari’s current pride and joy is her jewelry line, Uncommon James. “I started this company by myself and I’ve never had that kind of creative freedom in my life, and it’s so satisfying,” she says, and I can feel the excitement in her voice radiating through the phone. “It’s so freeing. It’s the hardest job I’ve ever had and I love every second of it. I love jewelry—I think that accessories make or break your outfit. But it’s more about owning a company for me that’s so fun. It’s the most challenging thing for me, besides being a mom, that I’ve ever done. Uncommon James hasn’t even been around for a year, and I’m already opening my own brick and mortar—which is scary as hell but it’s also really exciting.”

As we speak, Cavallari is preparing for a short book tour to promote her new cookbook True Roots: A Mindful Kitchen with More Than 100 Recipes Free of Gluten, Dairy, and Refined Sugar. “My cookbook is truly a passion project of mine—I’m such a healthy eater and I’m just excited to share with everyone that being healthy doesn’t mean boring,” she explains. “You’re not missing out on anything. I really think that you can eat anything as long as you’re choosing the right ingredients … this cookbook is how I eat on a daily basis. I honest-to-God make everything in this cookbook all the time; it’s how my family and I eat. I’m a home cook who loves to cook healthy and I’m doing this to share that with my fans, who are excited about eating healthy and want to get on track.

Cavallari’s tour will take her to New York, Nashville, and Chicago, and she’ll take her children with her to Chicago to see her mom. Even though Los Angeles isn’t on the list of promotional cities, I have to ask the obvious question— is there a possibility of having a play date with new moms (and former Hills co-stars) Audrina Patridge and Heidi Montag.

“We talk about it all the time!” Cavallari assures me. “It’s just hard because they’re in L.A., and I’m in Nashville. But I’d love to. Audrina and Heidi both reached out to me a lot and I love that I was able to be there for them because when I had Camden, my oldest, I had no one I could turn to for advice or for any kind of help. So being able to be there for my co-stars and my ‘normal’ friends, too, I love nothing more.”

Work, family, business success—life seems to be coming at Cavallari fast, and for a while, that’s what she always wanted. “My whole life, I always wanted to be older,” she says. “I always wanted to be in the next phase of my life, but now I just want everything to slow down. I wish I could’ve just enjoyed being 18.” She pauses, as if she’s reflecting on the journey she’s had so far, the one that’s taken her from small-town suburbia to the beaches of Hollywood and back to the grounded, simple, family-oriented life she knew before all her fame and fortune.

For a girl who once wanted to grow up too fast, Cavallari is now making sure it all counts.