As any true early-aughts-era MTV stan knows: Kristin Cavallari was the best part of Laguna Beach and The Hills. And she’s back—this time on E! in Very Cavallari, premiering on Sunday and chronicling the high-drama goings-on of Cavallari and her staff at her Nashville flagship store Uncommon James, home to her jewelry and décor collections.

But don’t expect the same reality TV villain you’ve come to love/love to hate. “I’ve grown a lot,” Cavallari explained when she stopped by Cosmopolitan.com HQ this week to chat about the new series. “With Laguna Beach and The Hills, they really only showed one side of my personality and that’s how it was amplified. On Very Cavallari, you get to see every side. As a wife and a mom. As a best friend. As a boss.” (OK, fine. You can expect a little of the old Kristin, too: “The boss side is the closest to the Laguna Beach and The Hills Kristin.” 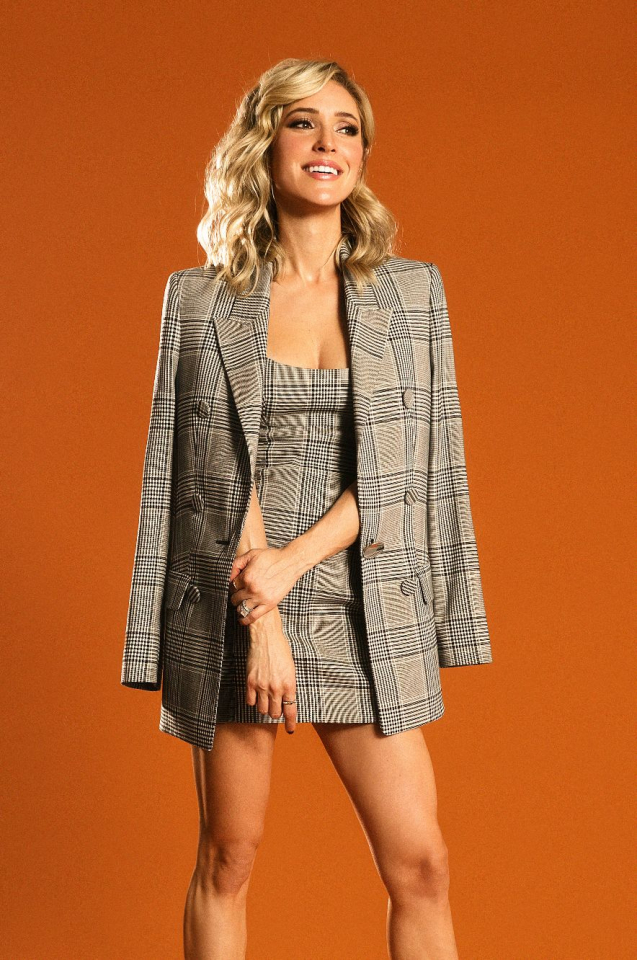 Cosmopolitan did a short interview with Kristin about her upcoming reality show Very Cavallari:

On her new show:
“I launched my flagship store and my headquarters in Nashville because my husband retired from football. And with that, I felt like there was just a good opportunity to do a reality show where it’s not just focused on my family. It doesn’t rely on my marriage for the drama; I can leave it up to my staff. It’s sort of the best of both worlds for me. And while Jay, my husband, is on it, my kids are not. I’m really excited because it gets me back into reality TV without airing my dirty laundry.”

On being behind the camera:
“I’m an executive producer this time around so I have a say in what’s going on, and I always know what is going on. I have some creative control and having that security blanket is such a great feeling coming from Laguna Beach and The Hills. I don’t think I would have done it had I not gotten that just because, you know, it’s one thing when I was 18 and it was just me to look out for, but I have three kids, I’m a wife, it’s no longer just me that I have to think about anymore.”

On prepping the Uncommon James staff for reality TV fame:
“I really just wanted to make sure that they were comfortable the whole time — I never had someone that I could go to during Laguna Beach or The Hills. Now with this show gearing up to premiere everyone has had their moment of freaking out about what’s to come, which I get. Right now, I’m telling them to not to read any of the comments once the show premieres. What I’ve learned is, no matter what you do, you can’t please everybody. So at the end of the day you should just do you and live your life. And who cares if someone in wherever doesn’t like you. Other people do.”

On being an executive producer — and learning about what’s actually going down behind the scenes:
“I’ve definitely had some moments of like, OK, I always knew these things were going on on Laguna Beach and The Hills. But now to see them firsthand — OK, got it. These were the discussions that producers were having about me at one point. Yeah, that doesn’t sit well with me. These are discussions about storylines and specific things that we’re trying to get for the show. Producers tend to look at these people as cast mates when really, they are people. And, for me, this is my real company. So there’s that fine line of yes, we are making a reality show but this is also real life. But at the end of the day, we’re filming a TV show and I get it. And that’s also what I told the girls, too: If you’re not going to fully embrace it, there’s no point in doing it. Just enjoy it and have fun.”

On why she wouldn’t let her kids do reality TV:
“I guess a little part of me just thinks I was so young to be doing some of that stuff. I was 17, I wasn’t even an adult yet. But I don’t look back and regret anything. I’m so thankful for my experience. And ultimately I have such a positive feeling towards both Laguna Beach and The Hills. I wouldn’t trade it for the world. I just think about how young I was—I don’t think I would let my kids do a show until they’re 18 years old and they can legally make that decision.”

On this classic Cabo clip from Laguna Beach:
“I wasn’t even doing anything! I got so much shit for that — I mean, they made it seem like I was the only one up on the bar dancing that’s what everybody does in Cabo. I still go to Cabo. People are still dancing in the bars. And I wasn’t with Stephen. But no, I was the bad guy. Just living my life, man.”

On where the evolution of her style and where she finds design inspo:
“I’m inspired, truly, by the modern woman. The modern woman doesn’t have time every morning to, say, try on ten different pieces of jewelry. Everyone wants to grab and go. I want you to throw on all of my jewelry and never take it off. I don’t want you to think about it. I’m drawn to simplicity with everything in my life whether it’s my personal style, how I decorate my house, whatever. When I was on Laguna Beach I didn’t even know what fashion was. And then I graduated high school and moved up to L.A. and I was in the entertainment business going to photo shoots and all of a sudden had stylists I was working with and getting to wear all these great clothes but because I had no idea what my style was, I just sort of conformed to whatever people wanted to put me in.”

admin / kristindaily KristinDaily.org April 3, 2019April 3, 2019
Fifteen years ago, we watched the lives of a group of Southern California high schoolers unravel before us when the premiere of "Laguna Beach" hit MTV in September 2004. Alm...