Latest News
Site History
Name: Kristin Cavallari Daily
Previous Names: K-Cavallari, Cavallari-Fan
Domain(s): kristindaily.org, kristincavallaridaily.com, kristincavallari.net
Since: February 19, 2007
Launched as: Cavallari-Fan.com
Webmaster: Ilhana
Kristin Cavallari Daily opened for the first time on February 19th 2007 as Cavallari-Fan {cavallari-fan.com} but was shut down years later because of the hosting provider… I was offered another host where I, from scratch, then opened K-Cavallari {kcavallari.com}, but yet again I was let down and November 2011 was the date I took the decision to move to my own place and run everything by myself. My main reason why I started it, is because Kristin is my number one rolemodel and inspiration I wanted the world to know her and love her just as much I do.

I had watched a couple of episodes of Laguna Beach on MTV when it aired over in Europe (later than in the U.S.) so I wasn’t watching from the very premiere. The show continued to air so I watched it until the last episode of the 2nd season. I remember when I first watched the show, third episode or so… it all began. Kristin was such a personality on the show. I was thirteen at the time so I was all blown away and wanted to be(come) just like her. She took so many risks and had so bad taste in fashion I thought she was hilarious. Just knew the girl would became a star!

Kristin and Stephen were my absolute favorites, which ‘automatically’ made me not like Lauren – most of the time. When she got her hands on Jason she was on my hate-list again. There were times when I didn’t like what Kristin did to Stephen, but I figured they would end up together. Both seasons were incredibly good, especially the second one – when Kristin kind of ruled the whole season. It was in the beginning of the second season that Kristin actually got more into the picture, which I loved. When Laguna Beach ended for Kristin, I got on the internet to see more of her. I didn’t find an official website, until later on but it was more like a chatroom – not so much a website.

Although there were one or two Kristin fan sites on the web at the time (circa 2006), yet they weren’t being updated frequently, and so I decided to make my own resource and build an audience.

I was about to show off this girl by opening a new web site introducing Kristin Cavallari to the world!

Today Kristindaily.org is the largest Kristin Cavallari source online and it’s always keeping up with photos, videos and news on Kristin. Thanks to all of you the site is this big, and growing.

I’m Ilhana and I’m 22 (I wrote this about 6 years ago…). {October 1, 1991} As not so many of you know, I live in Sweden and every time I say that people get quite a shock. I used to live in Sweden. I now reside in New York City, U.S. (from Fall of 2015). My name, however, is Bosnian (Ex-Yugoslavia) and Bosnia is where I was born. But I’ve lived in Sweden for almost my entire life. Even though I like this country I hope to move to an English-speaking country some day in my life. I do now!

Right now I’m in school. Actually I now own a Bachelor’s Degree in Business Management from Long Island University Brooklyn, NY. I have worked with web sites and graphic ever since we got internet working in our house and that was in 2000. Til today I’ve been a part of so many sites dedicated to so many different celebrities, but I’ve always kept this one. My first college study was on e-services and later I’ll be going to collage hopefully with a direction of graphic/visual communication I majored in Technology Management, the perfect foundation of web, technology and business.

Have you met Kristin?

No, I haven’t met Kristin YET… But hopefully that dream will come true one day. She’s following @kristindaily on Twitter and she has DMed me from time to time and that’s very special to me also. I never thought I could ever reach out to her directly like I did, since I was all about creating this huge fan base for her through all these years. I NOW HAVE! I met Kristin for the first time in 2016 for her first book signing in Huntington, NY. And I went to her second book signing in Northvale, NJ in 2018. I try to show up at her New York appearances – the most recent one was in March of 2019 for press week of Very Cavallari. 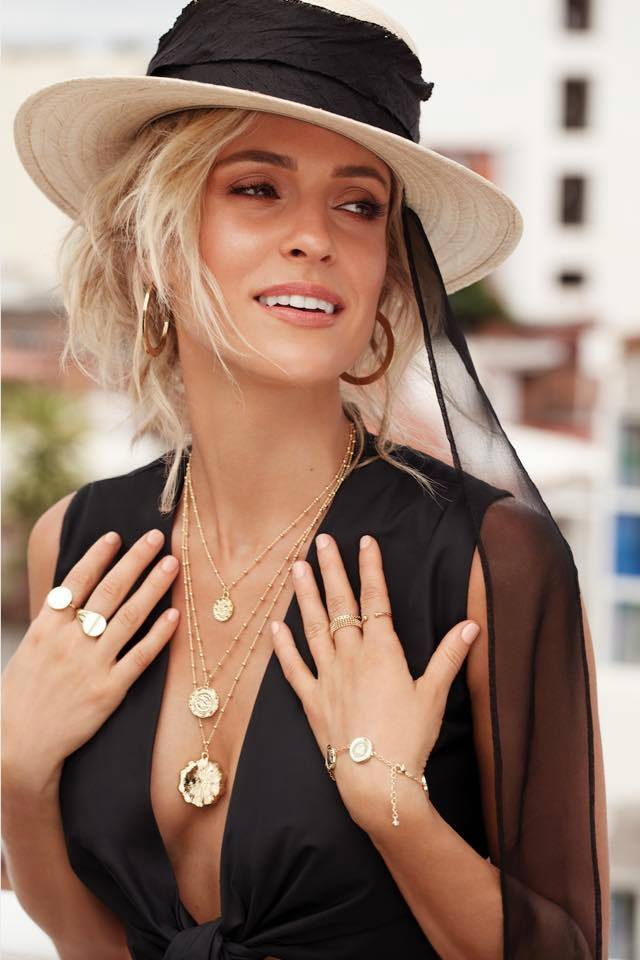 Disclaimer (PLEASE NOTE)
KristinDaily.org is an UNOFFICIAL and NONPROFIT fan-operated web site, created by a fan for other fans. Webmasters behind this web site are simply friendly fans showing appreciation and dedication towards the amazing designer. We are not Kristin Cavallari, and we do NOT have ANY affiliation with Kristin Cavallari or her management. All images are copyright to the their respective owners, and all graphics and original content are being used under the Fair Copyright Law 107. No copyright infringement is intended.

The webmasters claim NO ownership of the contributions to this web site and receive NO financial gain for web this site. Besides the free time and dedication invested to this web site, the ads that appear are strictly sponsoring the costs of maintenance of it: such as hosting, technical support and domain renewal.


This site does not claim any credit for the content posted on this site unless otherwise stated. The information on this site is the property of their respective owners. If any content appearing on this site belongs to you and you do not want this content to appear on this site, please send us a message with a link and the content will be deleted immediately.